When I told my wife that I was going to start a microfinance impact assessment project in Afghanistan, she was very confused. And I was, of course, expecting such a reaction. People associate Afghanistan with war, terror, and extreme living conditions. But this has not always been the case. If you had travelled along the Hippie Trail in the 70s and reach India or South Asia by road, you would have crossed Afghanistan from West to East. You could have visited heritage cities like Herat, where one “couldn’t stretch a leg without poking a poet in the ass”, or you could have eaten a kebab after roaming the streets of Old Kabul. Unfortunately, nowadays Afghanistan is not famous for its colourful markets, nor because people get inspired by reading the masterpieces of the great Persian poet Rumi.

Today, Afghanistan ranks 169th out of 188 countries in the United Nations Development Programme (UNDP) Human Development Index, thus being one of the poorest countries in the world. After the 2014 security transition, the new Afghan government was not able to stabilise the country. The constant attacks carried out by terrorist organizations and other acts of violence influenced the economic situation so deeply that, in 2017, almost one quarter (24%) of the country’s labour force was unemployed.
In May 2019 the Afghan president held a loya jirga to find a common strategy for future negotiations with the Taliban. The outcome of the council would help stabilise a post-war country that had faced, consecutively,  a 10-year long Soviet invasion, a dreadful Taliban rule and a US-led war against global terrorism. Additionally, global warming and climate change represent a growing threat to the Afghan population, especially the poor.

Many international and regional organisations are investing time, efforts and money in helping the country and its people. Among them, there are four MicroFinance Institutions (MFIs) disbursing more than 130,000 loans every year to people not eligible to receive one from the traditional banking sector.
Based on Microfinance Investment Support for Afghanistan (MISFA) request, we spent four months in 2018/19 analysing the impact of microfinance interventions on the client’s households. According to the data collected, the microfinance sector has had a positive impact on Afghan society because it has acted as a safety net for the poorest, in addition to fostering the growth of micro-businesses. However, there is still a significant part of the population that is not covered by MFIs services, especially people living in remote or unsecured areas. According to the Global Findex Database, 30% of people (age 15+) living in Afghanistan have no bank account because financial institutions are too far away.

The data analysed also show that MFIs in Afghanistan are in the process of embracing digital finance. This is a crucial point in history for the underdeveloped countries that have been lagging behind due to unfavourable economic, social and political circumstances. According to a recent CGAP report titled “Fintech and Financial Inclusion”, the digital revolution and fintech business models make finance accessible to unbanked individuals and entrepreneurs without a secure credit past. On the other hand, affordable technologies help financial institutions and other development organisations keep track of clients more effectively, reduce operational costs, and provide more customised services. Particularly, in countries like Afghanistan, mobile banking and digital payment services would help MFIs reduce the cost of providing financial and non-financial products to their clients. Most importantly, it would help them increase the number of clients especially in remote areas with low population density and high-security risk.

Looking at the country fundamentals, in spite of the unstable political situation, the information and communications technology (ICT) sector in the country has witnessed remarkable growth. The GSMA Mobile Connectivity Index scores at 20.41 out of 1001, thus classifying Afghanistan as a “Discoverer”, i.e. a country that shows room for improvement across all four enablers2 and have correspondingly low levels of mobile internet penetration. As of January 2019, GSMA estimated that in Afghanistan, 77% of people utilize the products and services (mostly prepaid) of four private mobile companies and one state-owned company, increased by 10% from January 2018. There are 9,70 million internet users, this represents just 26% of the total population, but has increased by 142% from January 2018 to January 2019 (+6 million)3. Moreover, most internet users are using mobile devices. Concerning the gaps for developing a mobile application sector in Afghanistan, according to a World Bank feasibility assessment, the most important are i) lack of relevant skills and experience needed for the mobile app market (and also the absence of resources needed to provide these skills); ii) lack of awareness as far as the potential of mobile technology is concerned; iii) barriers because of the use of multiple languages and low levels of English language fluency.

When it comes to digital finance usage, even though the percentage of people who made or received a digital payment4 grew to 11% in 2017 from 6% in 20145, it is still very low compared to neighbouring countries like Pakistan (or Iran, which is less comparable). For instance, in Afghanistan, only 1% of the population (age 15+) had a mobile money account in 2017, while Pakistan boasted 7% (in Iran 26%). It is worth noting that in Pakistan, mobile wallets were introduced in 2009 with Easypaisa, and they experienced such a great success that other initiatives have followed suit. Other factors that hamper clients’ adoption of digital finance in Afghanistan are firstly a certain degree of scepticism when it comes to e-money, and secondly, a high level of informal economy. Back in 2005, the World Bank estimated that between 80 to 90% of the economic activity in Afghanistan occurs in the informal sector6. The data we recently collected during our assignment drew a similar picture.

Nevertheless, informal businesses could become formal if they think it is convenient for them. This can be done by offering digital services that require the business to be registered or in the process of doing so. The services could be delivered by the MFIs themselves or in collaboration with a Third Party Provider (TPP), like a bank, a fintech, or a telco. For instance, an MFI that typically lends money to its clients could partner with a traditional bank and offer saving products without having to apply for a full banking licence, because the product would be provided by the partner bank. Another common example is a digital payment system that leverages the already-established network of a mobile operator. In order to experiment with these new business models, financial institutions should make their IT systems more open and interoperable with the one of TPPs; in addition to regulators setting common standards and fostering standardisation and interoperation across multiple industries, all whilst making sure that existing regulations do not slow down financial innovation.

To summarise what has been written so far, there are still many goals to accomplish in order to make Afghanistan a safe country to live in. Safety is key for the country and its people to develop and recover from the past four decades of war and terror. Now that peace has never been so close to becoming a reality, the Afghan Intelligentsia has the moral obligation to start thinking about how to channel the capital that will flow into the country once the political risk has been reduced. Financial innovation, mobile banking, and digitalization could be the tools to accelerate this process, making capital easily accessible to the poorest, who are the people who need it the most. More equality and opportunities for them would translate to an enduring peace and a more stable country.

↑4 The percentage of respondents who report using mobile money, a debit or credit card, or a mobile phone to make a payment from an account, or those who report using the Internet to pay bills or to buy something online, in the past 12 months. It also includes respondents who report paying bills, sending or receiving remittances, receiving payments for agricultural products, receiving government transfers, receiving wages, or receiving a public sector pension directly from or into a financial institution account or through a mobile money account in the past 12 months

↑6Rasmussen, Steve. The Current Situation of Rural Finance in Afghanistan. The World Bank. 2005 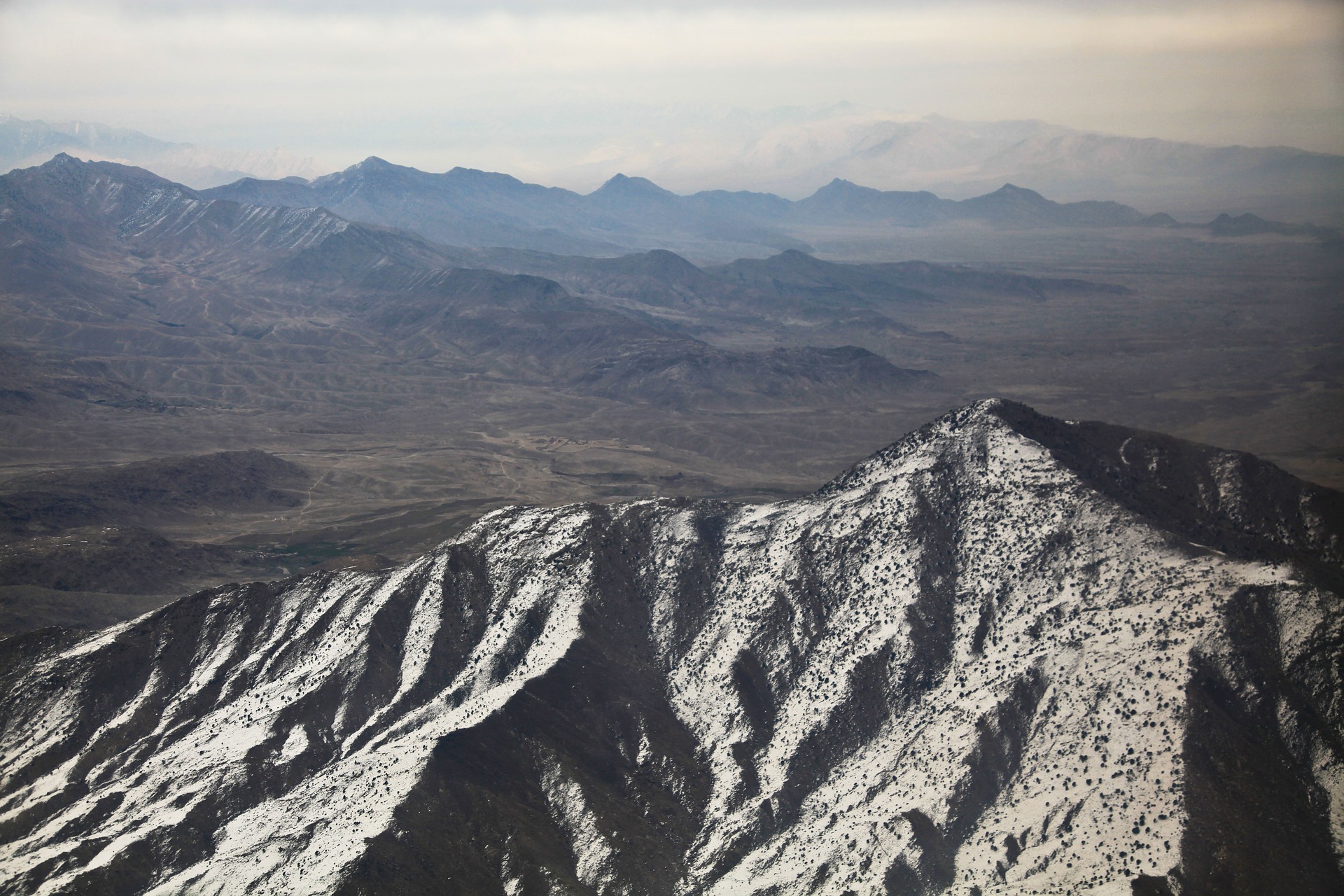